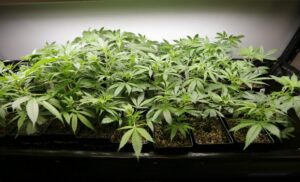 With the retiring of Judge Gregory Roach, I was considering his career, and thinking about what made a him so successful in Worcester.  Below are my ideas:

Having never been a judge I can only assume that their job is very difficult at times. Trying to weed through all the testimony and determine what the real actual facts of the case. As an attorney, it is our obligation to convince the Judge that that our version of the story is correct and that they should find in our client’s favor.

It is very frustrating when the judge does not know the law, or the level of proof required, and who bears that burden to prove something, or when the required proof shifts to the other party.  The attorney then has an obligation to educate the court.  Judge Roach knew the law, something I could count on when appearing in his court.

In my opinion a perfect judge is very well versed in the law, knows all relevant case law as it changes, and can apply the law properly without me having to do any extra work. My focus should always be on the facts and how those facts apply to the law and thus why the court should rule in my client’s favor.

It is very helpful when a judge listens to facts, and when appropriate, gives the parties feedback as how the judge might rule given the limited facts presented. Feedback is most helpful in the Family and Probate Court and Housing Court cases. Sometimes it is the push the parties need to settle a matter.

No matter what, it is not only required, but imperative that judge remain neutral throughout the proceedings, not taking favoritism over a party and rely on the facts of the case and the law when deciding, especially since very decision they make impacts a person and/or family.

Chapter 210, Section 1, allows a “person of full age may petition the probate court in the county where he resides for leave to adopt as his child another person younger than himself, unless such other person is his or her wife or husband, or brother, sister, uncle or aunt, of the whole or half blood.”

When a same sex married couple have a child through vitro fertilization (IVF) with the assistance of a known, or unknown, sperm donor they are not require to notify the sperm donor parties of the adoption as the “plain language” in the statute does not require it.

“G. L. c. 210, § 4, requires notice of a petition for adoption to be given only to those persons from whom written consent to the adoption must be obtained. See G. L. c. 210, §§ 2, 4. No notice is required for persons not expressly included in G. L. c. 210, § 2.” Adoption of a Minor, 471 Mass. 373 (2015). Notice is required to be given to the “lawful parent.”  The Court finds that “lawful parentage, and its associated rights and responsibilities, is conferred by statute on the consenting spouse of a married couple whose child is conceived by one woman of the marriage, through the use of assisted reproductive technology consented to by both [parents].” Id. 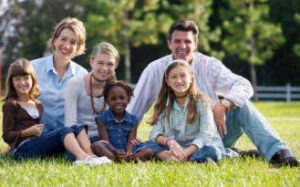 As is in all child custody cases, including adoption, the standard is what is in the best interest of the child. Even when a parent has had little to no interaction or bonding with a child, either by choice, alienation or circumstances, it may not be beneficial for the child to have that relationship permanently severed by way of an adoption. The Court must determine not only what is in the child’s best interest currently but also how that determination impacts the child in a few years, and ultimately for the rest of his/her life.

Depending on the adoptive parent’s ability to financially care for the child, the termination of the biological parent’s rights would severe any child support obligation. Therefore, the Court must consider whether the adoptive parents will, may become or are a public charge. Even if the biological parent’s income is minimal the Court will order that parent to pay child support to assist in the well being and care for that child.

The Court must also consider the parent-child relationship and how if severed, through an adoption, would affect the child, now and ultimately forever.

However, each case is unique and the circumstances in each case must be looked at to determine if adoption is a viable option.