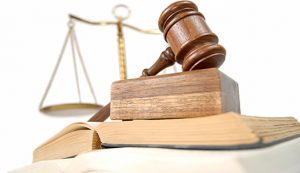 In legal matters involving children, physical location of where child lives is very important when deciding jurisdiction. If one parent moves a child out of state, then the jurisdiction could change immediately, or after a statutory period of time depending on which state.  In Massachusetts, the duration is six (6) months or more—at which point Massachusetts no longer has jurisdiction over the parties.

Therefore, any modifications (changes that need to be made to an agreement) must be done in the child’s new home state. However, the Commonwealth of Massachusetts can still enforce any court orders and a contempt filed in Massachusetts (assuming the other party remains in MA) can be addressed and heard by the court. If the custodial parent is served in hand with the contempt summons and he or she fails to show for the contempt hearing, then a capias (warrant for their arrest) will be issued. If both parties are present for the hearing, then the court will address the contempt and ultimately make a ruling. However, the contempt being filed by the non-custodial parent must pertain to the parenting time.  A contempt for non-payment of child support can also be filed in Massachusetts.

If the other state modifies the Massachusetts court order, then Massachusetts would only be able to address issues pertaining to support for the child.

The Massachusetts court have no jurisdiction to modify or change the orders after the child is gone more than six months. A modification would need to occur in the child’s home state, where they are currently residing.