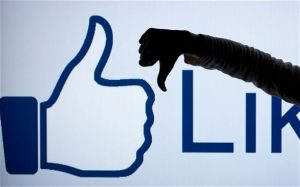 Prior to signing the agreement, the court will consider many factors, such as: the terms in the agreement; whether it was negotiated by counsel, or with the assistance of counsel; if the agreement is fair and reasonable and was entered into freely, knowingly and voluntarily; whether any and all of the assets and liabilities were included andif they allocated within the contract; and the date that the agreement was signed in relationship to your upcoming wedding.

At the time of the divorce the court will determine whether the terms of the agreement are fair and reasonable at the current time and what assets are included, or excluded, within the PrenuptialAgreement itself. The court has authority to void certain provisions but generally they will either hold the Prenuptial Agreement valid or invalid.

A Social Media Prenuptial includes language about what the parties will do with photographs, videos and other such media, taken during the relationship and also what can be disclosed to others, on media such as Facebook, Twitter, Instagram, Snapchat or other social media sites.

Social Media prenuptial deals with actions of a party after the relationship has ended. Once there is a breach the consequences are potentially forever. A post, a picture, a rant on the Internet, even if they are later delated, is still there. Treat anything you post online as public and forever, even if you believe you are in a protected private conversation. This revenge can cause problems with their employment, family, and friends.

Social Media Prenuptial can give you a sense of security during a marriage or relationship, but just realize these may be a false feeling. The consequences of a breach is financial sanctions for every breach. Depending on the damage amount in the contract a person may opt to still breach it and pay the consequence just to get their revenge.

In my opinion a binding Prenuptial and/or Social Media Prenuptial contract is still better then not having it as it at least makes the other party think before acting and hopefully the contract will prevail, especially if the punitive damages assigned are high enough.